We often have a really pretty picture of what life is supposed to look like. But, when I looked back at mine, I realised it is not picture perfect. Of course we all want to be happy. No one wants to be miserable all of the time. No one likes to suffer. No one wants to fail.

I’m going to screw this up. I can’t figure this out. I’m not up to it. Everyone’s going to see me fail. It’s only a matter of time before this blows up in my face.

I’m scared of the future.

Over the last few weeks, I’ve felt a lot of my insecurities creep up and burst onto the surface. You try your best to hide it, but  you can't, it's "CATCH 22". You cannot win

But the reality is, I’m realllllllyyyyy scared.

“I’m just not smart enough.” Plus you start to doubt yourself. You question why you keep trying to be better and if you’re actually good enough. They say not all heroes wear capes. But I'm running out of luck and patience.

On some level, we’re all afraid of failure — the idea of not achieving something we’ve invested time, energy, and hard work into can be crippling, but that fear is also what motivates us to persevere and try that much harder to achieve our goals.

I reminded myself I am talented and intelligent. But if I don’t combine these two with persistence, I will continue to fail eventually. There are so many incredibly talented and gifted people who fail time and time again because they rely too much on their talents. They are not willing to persist until they’ve completely mastered what they’re doing. Instead, they quit when the going gets tough.

I am a fully fledged member....so meet you at club's gate

Failure is not only an inevitability, but it is also a crucial component to reaching your fullest potential.
Believe that you can do it. Because if you don’t, how will anyone else?

But who’s version of success are you trying to achieve?
Just because everyone else isn’t doing what you want to do doesn’t mean you shouldn’t do it. You have to recognize that you may be alone in your choices.

Your success is version 2.0 ....all you need to do is stand alone and click the update.

Why does failure cause some people to give up on a dream while it drives others to pursue it with even more passion than before? It depends on how you approach a setback: Failure can be part of the long road to success—but only if you think about it in a productive way.

Beating yourself up over lack of success or declaring yourself a hopeless cause leads to unhelpful feelings, like shame and resentment. The key to recovering from failure is changing the way you think so that you're able to turn your biggest setbacks into your best comebacks.

Things didn’t work out the way I wanted, but I’m still OK. Plus what is the point of living a safe and boring life that is relatively free of failure.

"Failure is an opportunity to sharpen my skills."

Fact is, we live in uncertain times. You may think you can plan your life for ten, or even five, years down the road and expect that everything will turn out as you plan. But then you are forgetting "Murphy's Law". Anything that can go wrong, will go wrong.”

So, chances are, you will find yourself quite far from where you expected to be. This is not necessarily a bad thing, but the point is, you never know what is just around the corner.

Does this mean that you should you just forget about having a plan since it probably won’t turn out as you expected? Not at all. That would be shortchanging yourself and not being able to reach your full potential. You still need to plan your life to go in a certain direction and adapt along the way.

Priorities …. If you do not plan your life, there’s a big chance that you will fail to have the successful life you always dream of having….

.... nice cars, mansions, bae of life etc.  Whatever your version of success is.

Making important decisions is harder when you make no plans for your life. Since you have no direction, the options open to you make no difference, so you settle for the easiest ones.

Planning your life gives you control. If you create a plan then you get to make choices and decisions, rather than leaving things up to chance, or worse yet, letting others make decisions for you. When you have a plan then you are in charge of where you are going, making it easier for you to get exactly where you want to be.

All I want to say, I’m still scared.

My doubts won’t disappear overnight. And they probably will never disappear. But these are some of the truths I can hold to for when.... failure is coming.

I have enough self-belief to know I can figure it out. And on those days I don’t, I have the masterplan.

“Here’s to the crazy ones, the misfits, the rebels, the troublemakers, the round pegs in the square holes… the ones who see things differently — they’re not fond of rules… You can quote them, disagree with them, glorify or vilify them, but the only thing you can’t do is ignore them because they change things… they push the human race forward, and while some may see them as the crazy ones, we see genius, because the ones who are crazy enough to think that they can change the world, are the ones who do.” -Steve Jobs

Thank you so much for visiting. 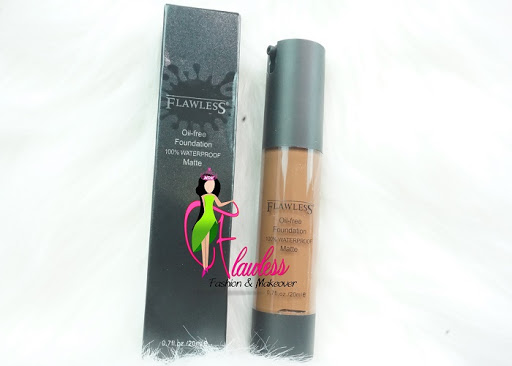